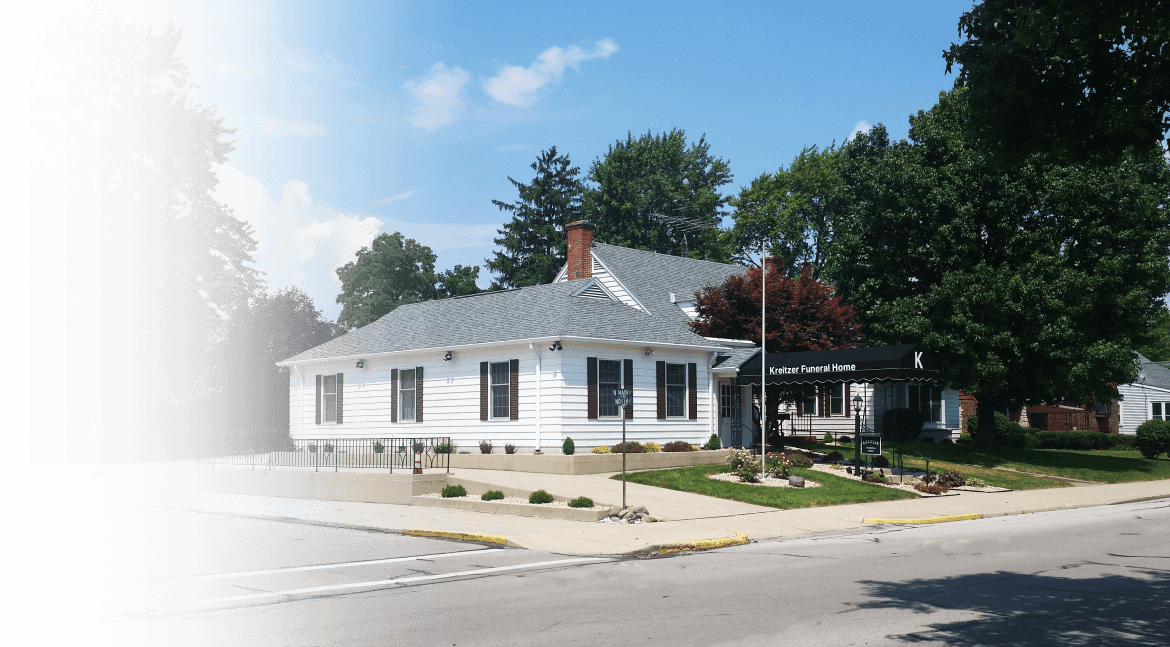 David Fellers is the son of Jack & Connie Fellers, who both graduated from Jackson High School in Darke County in 1957.  Along with his wife, Barbara, David has been the owner of the Gilbert-Fellers Funeral Home since October 18, 1990.  He purchased Kreitzer Funeral Home from Michael Kreitzer in August of 2016. David & Barb are the proud parents of 3 very wonderful children: Matthew, who joined the staff at Gilbert-Fellers in January of 2009, has a bachelor's degree in Mortuary Science, and he is a licensed Funeral Director, Embalmer and Life Insurance agent. He is married to Rebecca (Holloway) Fellers and they have 2 daughters, Nora & Charlotte; Andrew has a bachelor's degree in Human Biology from Kettering College of Medical Arts, and he received his MD from Loma Linda School of Medicine. He and his wife, Katarina (Viitala), along with their daughter Lucy, are residents of Huber Heights, OH and Andrew is a Family Practice Physician in Troy. Brianne lives in Brookville with her husband Kyle Turner and their daughter, Robin. Brianne is a graduate of Lee Univ. in Cleveland TN and she is working at Brookville High School as a paraprofessional. David also has a sister, Lisa Fellers. She is a gifted student teacher in the Northmont City School District.

David is a 1979 graduate of Northmont High School. He was a three year letterman on the Varsity Football Team, playing for coach Ned Booher.  He was an all-state receiver his senior year and was the leading receiver for Northmont's only back-to-back undefeated football teams in both his junior & senior years.  He is a member of the Northmont Football Hall of Fame.  David also earned three Varsity letters on the Northmont Basketball Team, playing for his father, Jack Fellers. David & Barbara (Reisert, a 1979 grad of Milton-Union High School) were married in the Hoffman United Methodist Church in West Milton, OH on September 19, 1981.

David graduated from the Cincinnati College of Mortuary Science in September 1982. He began his funeral service apprenticeship at the Foth-Dorfmeyer Mortuary in Toledo before moving to Miamisburg, OH to work at the Gebhart-Schmidt-Parramore Funeral Home, where he received his licenses as an Embalmer & Funeral Director in January of 1984. David moved to Brookville in December of 1985 with his wife Barb and young son Matthew, to work for Robert & Marjorie Gilbert at the Gilbert Funeral Home. Following Mr. Gilbert's death in 1990, David & Barbara bought the company which officially became Gilbert-Fellers Funeral Home on Jan. 1, 1991.

David currently attends Christian Life Center in Vandalia, OH, and both Barb & Dave have been on CLC mission trips to Swaziland in Africa.  David also spent five different seasons as the Brookville High School Varsity Soccer Coach, resigning after the 2009 season. His teams had a .500 winning percentage or better in every one of his 5 years as head coach.

Joining David on the staff as a licensed funeral director, licensed embalmer & licensed life insurance agent is his oldest son, Matthew Fellers. Matt received his licenses early in 2009. He lives near Phillipsburg and is married to Becky (Holloway) Fellers, who teaches at the Brookville Intermediate School. They have two daughters, Nora & Charlotte.

A year of daily grief support

Our support in your time of need does not end after the funeral services.  Enter your email below to receive a grief support message from us each day for a year.  You can unsubscribe at any time.